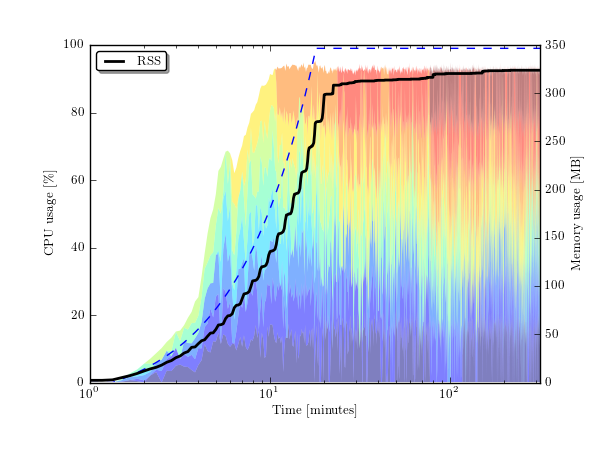 Ever since I upgraded my notebook with a SSD, I was looking for a way to minimise or avoid unnecessary write accesses. The tools of choice (on Linux at least) are iostat for a rough summary and pidstat for the details. With the help of those two one can easily figure out which processes are responsible for write accesses.

Once a writing process is identified, lsof can tell you which files are actually written. Depending on what you want to achieve, you can then continue to relocate that file to a different disk (e.g. if you have two disks and want one of them to sleep most of the time) or to memory (using tmpfs). The latter obviously means that the written data will be lost at the next reboot, but sometimes this is perfectly fine e.g. for the files inside /tmp. Therefore, it is generally a good idea to move that directory into volatile memory following the instructions on the openSUSE Wiki.

All good and well if you actually manage to relocate or move a file. Often file locations are a matter of configuration and otherwise you can help yourself with dynamic links. But there was one very special file on my openSUSE 11.4 installation that withstood all my assaults for quiet some time. I’m speaking of a beast called .xsession-errors residing in your $HOME directory. Created by KDM, one would expect to be able to configure the location of that file. Indeed, there is a configuration option called ClientLogFile specifically for that purpose. Unfortunately this is only the first and easier of two necessary steps:

Done; logout, restart KDM, re-login and check if the xsession-errors* exists at the new location. If so, remove your old one and cheer to a long living SSD. Only, of course, if the new location is not on your SSD, but e.g. in memory. It doesn’t hurt to re-check with pidstat.